From the 1st of May to the 3rd of May, I was privileged to work with KICTAnet in creating awareness about the KICTAnet meeting with Facebook. The meeting aimed at discussing data privacy in Kenya and took place at Kempinski on 3rd May starting at 2:00 PM. 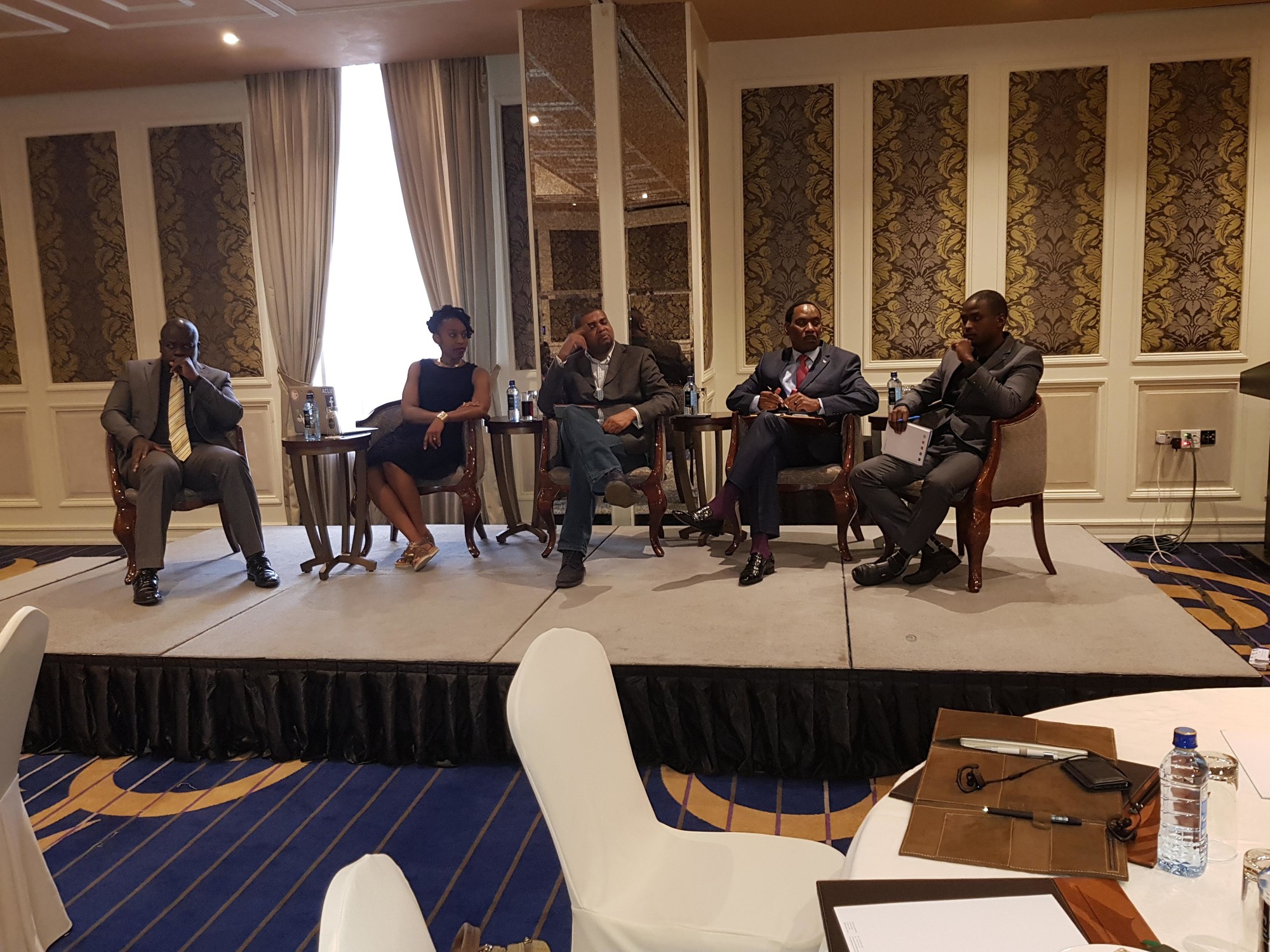 Our goal as was to reach over 2,000 people within our target audience and inform them that they can register for the event on Eventbrite as well as join the conversations online through particular hashtags. We also had to ensure the tickets were sold out.

We started by mapping out all the brands and people who are interested or involved with data privacy, data regulation, data handling and data activists. 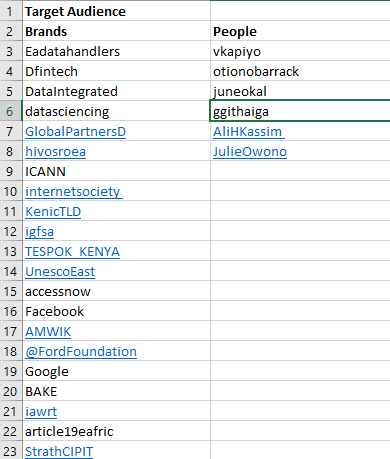 Instead of using my personal account as the primary channel to create buzz, we agreed that it would be best if we use the Kictanet twitter account to create posts, then tag influencers within the space. This strategy was successful because we managed to get 39 link clicks to the event registration page, reach over 400,000 Twitter users. 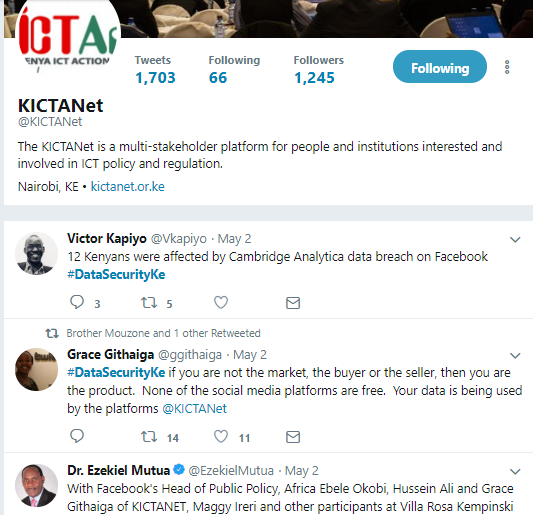 #datasecurityke had never been used before and therefore provided a clean canva for Kictanet to start ‘filing’ information on data security in Kenya. Keeping in mind that the GDPR is just around the corner and that Kenya’s Data privacy Bill is almost out of the kitchen, we can predict more conversations happening around data security in Kenya. As for the #talktoFacebookke, the hashtag was a call to action and a first of a series, as more dialogue should be encouraged around data privacy in Kenya e.g #talktoGoogleke.

Instead of posting individual posts, we decided to thread the posts on KICTAnet meeting with Facebook for two main reasons; 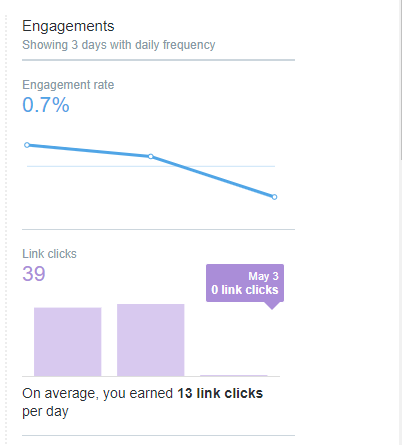 The targeted approach ensured that we got at least 13 link clicks to the registration page on Eventbrite. The tickets were sold out by D-day.

2. Our campaign achieved over 20,000 impressions within the 3-day campaign meaning the content we promoted was seen over 20,000 times.

Using a thread of 8 posts we managed to stimulate interest from our target audience who generated over 300 posts on the #datasecurityke hashtag. We also managed to reach over 400,000k users

We gained 15 more followers during the 3-day campaign. More importantly, the followers are from our target audience meaning they can be counted upon to participate in future KICTAnet meetings as well as help us in promoting our events.

Have you ever been involved in a campaign to promote an event online? How did it go? What was your goal? What strategies did you use? What were the results? Looking forward to your casestudy 😉

May I have Your Attention?

Learn From My Mistakes